Keith Haring is probably one of the world’s best-known representatives of graffiti art. His style, marked by strongly coloured backgrounds, on which colorful figures with black outlines are drawn, was unique in the graffiti scene. But like all other graffiti artists, Keith Haring liked to work underground.

After studying advertising graphics at the Pittsburgh Art School, which he abandoned in 1978 to move to New York, he came into contact with the graffiti writing movement in the city of Hudson. He was fascinated by the opportunity to reach people who would probably never enter a museum or gallery by working in subway stations. Haring, who studied at the School of Visual Arts in New York at the time, was one of the few privileged artists in the graffiti scene. In contrast to his mostly African American colleagues, he had the opportunity to study. And unlike these, he did not work with the spray cans, but applied his colourful messages in the underground stations to unused advertising space. At that time, when they were not being used commercially, they were covered with black cardboard. An ideal painting ground for Keith Haring, who tracked down these surfaces and painted them in a few minutes with the help of colourful chalk with pictures in his unique style. His pictorial language consists of figures that seem to be a cross between comic strip and computer diagram. He used a strong symbolic language. On the day of the assassination of John Lennon, he designed a dog that jumps through the human being as a „sign of the hole in people’s minds“. His works also contain the cross, which stands for the perversion of religion. In general Keith Haring’s figures often have a hole in the body. Sometimes a snake crawls through such a hole, at other times a figure of another person steps through it with his foot or spotted dogs jumps happily through a person with raised arms. At the time when Keith Haring was making his first attempts at graffiti on the billboards, the New York subway has long since become an art object and firmly in the hands of the graffiti movement. Night after night, whole armies of mostly young blacks write their messages on the subway trains and turn them into rolling graffiti exhibitions. Keith Haring is fascinated by this underground scene, but never paints a train himself. He prefers to work with walls, which he transforms into large, colourful works of art with the help of colour. A monumental painting in the size of 4.50 by 15 meters was created, which shows cheerful, running figures on an orange-coloured background, over whose heads green figures seem to dance upside down, all this is observed by a laughing face with three eyes. Keith Haring was arrested several times during the execution of such work. But he had become so popular that he was quickly released from prison.

Keith Haring was a shy young man. To live, he took a job in the small gallery of Tony Shafrazi. He wallpapered the walls, packed and unpacked works of art and was always there when Shafrazi needed him. He appreciated the extraordinary discipline of young Haring, who never said a word about his own work. Thanks to coincidence, Tony Shafrazi learned about the art of his employee. He then took a look at pictures of Haring in the Mudd Club and was immediately impressed. He asked him to bring a few works into the gallery, but Keith Haring did not respond. Over time, the gallerist realized that this was typical of Keith Haring. Tony Shafrazi:“While most artists always need money, material, recognition and moral support, Keith has never asked for anything. He just did something.“ But not only Shafrazi learns to appreciate the serious boy, Keith Haring also has sympathy for the gallery owner. Haring:“Tony was the only one I really trusted, the only one I knew how serious he was about what he did.“ In 1982 he exhibited works on canvas at the Shafrazi Gallery for the first time in a solo exhibition. Prior to that, he had already participated in several group exhibitions such as the 1980 New York New Wave exhibition and the Times Square exhibition. In 1982 he was invited to the Documenta in Kassel as the youngest artist and was commissioned to paint a discotheque in Tokyo in the same year. His fame quickly increased and soon the gallerist Shafrazi had waiting lists of collectors who wanted a picture from Haring’s hand. He could easily have earned 50,000 dollars for a work of art, but the young artist was content with half because he did not want his paintings to become too expensive.

At that time, Keith Haring, to whom friendships meant a lot, met pop art artist Andy Warhol. He became his long-standing friend, and is also a key figure for the young colleague. Haring:“He’s a key figure for me because he broke the rules.“ But unlike Warhol, who wanted to do as many things as possible, Keith Haring wanted to do as many different things as possible. He, who saw himself as a „product of Pop Art“, developed his own pictorial world, while Andy Warhol made soup cans, detergent cartons and other commodities the subject of his silkscreen prints. Its symbols and abbreviations were internationally readable and easily reproducible.

He encountered the sober, technical world with his poetic fantasy. Most of his repertoire came from the media. He, who grew up with computers, video games and microprocessors, tried to send messages to the threatened world. He spoke out against the perversion of religion and repeatedly against the dangers of nuclear energy. Harrisburg is close to his hometown. There he was involved in the anti-nuclear movement. Haring:“The artist has never been more important in the history of mankind than he is today. Human imagination cannot be programmed by a computer. It’s our greatest hope of survival.“

In addition to Andy Warhol, Keith Haring is also friends with the Japanese photographer Tseng Kwong Chi, whom he met while picking rolls. From then on, Haring followed him through the subway stations and photographed his work for posterity. Another friend of Haring’s is Kenny Scharf, who among other things creates dazzling toys from boring phones, which he pastes with fur and glittering stones. Keith Haring also has a friendly working relationship with the graffiti artist LA II (Angel Ortiz). His steadily growing fame does not change the young street artist. He still painted his messages on the billboards in the subway as his pictures had long since acquired cult status. And he remained the humble boy he had been when he arrived in New York. Bill Stelling, co-owner of the Fun Gallery, said,“In the past Keith owned a single pair of sneakers, but today he may have 50, but that’s all.“

In 1988 Keith Haring was diagnosed with AIDS. He had already been involved in various charity campaigns against AIDS with his art. In 1989 he participated in the widespread campaign for AIDS prevention and founded the non-profit Keith-Haring-Foundation.

Keith Haring died in 1990 from his HIV infection. The great, modest graffiti artist was only 31 years old. Despite his short life and the short time left to him for the creation of his work, he remains unforgotten.

His colourful, cheerful figures can still be found today on many consumer goods, in advertising messages and of course in many museums worldwide.

Melbourne – The City of Graffiti 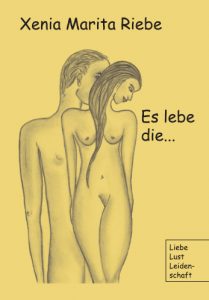