Winter in the Shetland Islands

Bernd Riebe Posted on März 3, 2018 Veröffentlicht in Reisen No Comments 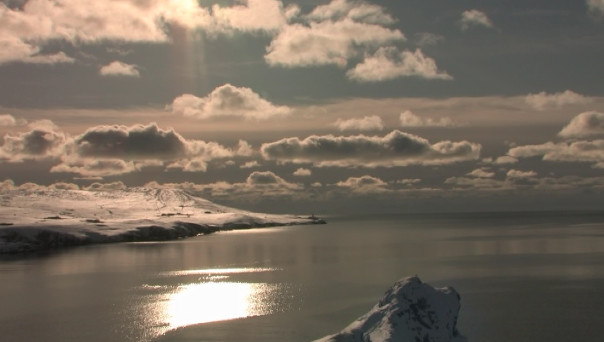 The North Atlantic – stormy seas, snow showers at any time of the year, cool to bitterly cold, clear, clean air, far away from the hectic pace of big cities and the noise and smog of the metropolitan areas of Central Europe. I have always been attracted to it, first as a sailor, then by ferry and recently by plane. Iceland, the Orkneys, Faroe Islands and last but not least the Shetland Islands fascinated me and I owe them unforgettable experiences.
This time it should also be winter to get the full benefit of the Nordic charms. 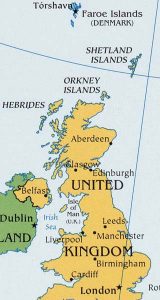 Oil, sheep and mackerels
The Shetland Islands, which belong to the United Kingdom, are located about 200 km north of the Scottish north coast between the Orkneys and the Danish Faroe Islands at a latitude of about 60 degrees. Most of the 23,000 inhabitants live on the main island „Mainland“ and here is also the capital Lerwick, the largest settlement of the whole archipelago with 7,000 inhabitants. Only 25 of the 100 islands are inhabited. Fishing remains the most important sector of the economy, and in particular mackerel, which make a significant contribution to income. The famous Shetland ponies were used as working animals in the British coal mines in the 19th century and are now popular riding and driving horses.
The huge oil and gas platform Sullom Voe still provides jobs for many people and the tax revenues from oil production contribute significantly to the financing of the infrastructure. Tourism also plays a certain role, in Lerwick alone there is a B& B offer in almost every street. The Islands are particularly popular with individual tourists. The Lonely Planet describes the Shetlands as…“the sixth best region in the world for tourists seeking unspoilt destinations“…
Winter journey with some difficulties
On a quite nice but cold day in January I boarded a British Airways plane in Düsseldorf, which first brought me to London Heathrow. Here in this huge „very busy airport“ I spent two tantalizingly long hours in a transit area overcrowded with travellers of all nationalities, noisy and confusing. During the Security Check the English Officials took it very carefully, especially my film camera plus accessories and tripod was examined in detail. When I finally sat in the plane to Edinburgh in the early afternoon in the midst of my mostly Scottish fellow travellers, I felt much better already, now only a few hours of flying separated me from the relaxing tranquillity of the Mainland with its magnificent nature. But my expectations should soon be disappointed. In Edinburgh, a look at the departure board showed me in big red letters „cancelled“ next to the display of my Loganair flight to Sumburgh Airport, Shetland (LSI). I soon got to know the cause: heavy snowfall in the Mainland area, currently no landing possible.
We – about 10 passengers with destination Shetland – stood around at a loss for quite some time, until finally a friendly lady explained to us with an encouraging smile that Loganair was going to be able to actually fly the next morning and that we would be taken to an excellent hotel until then. The lady hadn’t promised too much, it turned out to be a very pleasant night. About 10 o‘ clock in the morning we stood at the gate again and waited. The monitor didn’t give any information at all this time and on request we got to know that there are still some problems in Sumburgh, as soon as we know more details… it could take some time. That was now very understated, we waited until 3pm when finally a green light released us and we were allowed to climb the small twin-engine machine. After an hour of quiet flight with best views of the snow-covered highlands in the evening sun, we landed in Sumburgh – in the middle of nowhere – as one fellow traveller noticed. The small check-in area quickly emptied, the few passengers were either picked up or disappeared with their cars parked at the airport. Apart from me, a soldier of the Navy stayed behind on vacation, who obviously also didn’t really know how to get to Lerwick 25 miles away by night and snow. The city bus obviously didn’t drive because of the weather, a taxi was nowhere to be seen. The rescue came from one of the three café visitors who offered to take us with his van. It turned out to be a very informative trip, because the friendly driver liked to explain to us really every sight. The last 500m I tramped through the deep snow in Lerwick Center to finally be welcomed by Mary and John, my friendly B& B hosts.
Lerwick – the northernmost city of England 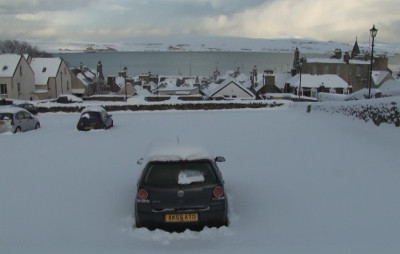 Mary and John, who among other diverse activities, also run a much-visited fish and chip shop, gave me information about the country and its people, gave me tips for my hikes and reported about their hometown Lerwick.
Most of the sandstone buildings on the promenade date back to the 18th century, although some, such as 10 Commercial Street, are older. The narrow main road still follows the old coastline, but modern port buildings were built in front of shops and warehouses that once stood by the sea. Situated on a hill overlooking the harbour, the streets of the city retain their charm – and offer shelter from the prevailing southwestern storms.
No one designed the old city – it only grew, but on a nearby hill Victorian architects designed a „new city“ with spacious villas and public parks dominated by the town hall of Lerwick – a monument to civic pride in the 1880s. To the west, or „oot ower“, the settlement structure of the past half-century is less picturesque, but housing standards are high.
Lerwick is the commercial and industrial centre of the islands and also the hub of a busy cultural and social life. Shetland Islands Council is headquartered here and the Shetland Times and two local magazines are printed and published in the city. BBC Radio Shetland broadcasts news, views and an entertainment diary every evening while a commercial radio station, SIBC, broadcasts music, news bulletins and weather reports around the clock.
Hiking, hiking, the best way to explore the country
Shetland offers some of the most beautiful hiking trails in Europe, all year round. The combination of spectacular coastal scenery at the North Sea and the Atlantic Ocean. The high cliffs with a view of the wildly moving sea, the tranquil inland lakes and the gentle hills in a confined space were an experience of a very special kind for me. The unbelievably changing weather is also part of the charm of this region. So I started my first days of hiking in a blizzard, struggling hard against the icy wind and yet always rewarded by great views in the shelter of steep rock faces on the roaring sea. Then followed days with bright blue skies and fantastic views and pleasant temperatures. Last but not least, the rich fauna and flora, which, of course, will hardly come into its own during a winter hike.
The „Promote Shetland NB Communication Ltd“ has summarised this very well:
Whatever type of walking you enjoy, from a short stroll to a trek through wilderness areas, Shetland offers many superb locations. When you’re out, look for our wonderful wildlife, such as otters and seabirds. Seeing them in their indigenous habitat is a fabulous experience! Take some time to admire the scenery and stop awhile to explore our fascinating cultural heritage.

Here is my video with some scenes from my visit to Lerwick and the surrounding area.