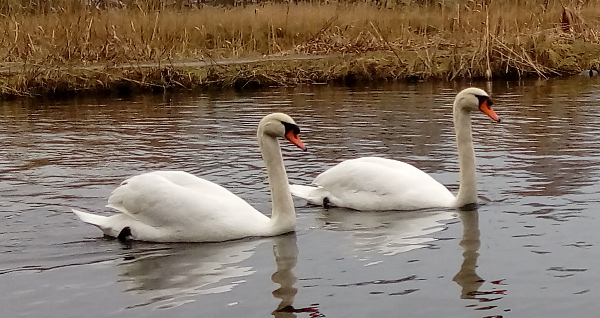 The Gregorys of Coole were known in Ireland as excellent landlords, in England as distinguished public servants. An eighteenth century ancester had gained a large fortune in the East India Company, which enabled him to cuktivate his Galway property in style and to give his part of the country amuch improved appearance. Lady Gregory was a Galway Persse of Roxborough, and since her girlhood she had been noted throughout Galway,where racing and hunting filled the lives of most, for her desire of education. In Sir William Gregory, a former Governor of Ceylon, she had found, when twenty-eight, a husband, nearly forty years her senior, who shared her love of books, pictures, architecture and travel, and admired her nutbrown eyes, so appraising, so observant, and also so full of fun behind her glasses. She was not intelllectually profound; but there was a rich vein of poetry in her resolute nature and she had a great capacity for service and devoted friendship.

Not Yeats‘ summers only were to be spent at Coole. In later years he came to know the edges of the lake better than any spot on earth, to know it in all the changes of the seasons, to find there always some new beauty. He gave the name of its swans to a volume which he published twenty years after his first visit.

The Wild Swans at Coole

The trees are in their autumn beauty,
The woodland paths are dry,
Under the October twilight the water
Mirrors a still sky;
Upon the brimming water among the stones
Are nine-and-fifty swans.

The nineteenth autumn has come upon me
Since I first made my count;
I saw, before I had well finished,
All suddenly mount
And scatter wheeling in great broken rings
Upon their clamorous wings.

I have looked upon those brilliant creatures,
And now my heart is sore.
All’s changed since I, hearing at twilight,
The first time on this shore,
The bell-beat of their wings above my head,
Trod with a lighter tread.

Unwearied still, lover by lover,
They paddle in the cold
Companionable streams or climb the air;
Their hearts have not grown old;
Passion or conquest, wander where they will,
Attend upon them still.

But now they drift on the still water,
Mysterious, beautiful;
Among what rushes will they build,
By what lake’s edge or pool
Delight men’s eyes when I awake some day
To find they have flown away?

Because of the verse form chosen by Yeats, the repetition creates a regular and simple sound, helped by the use of full rhyme. The short lines slow us down and create an air of calm.

The simple narrative of the poem, recounting the poet’s trips to the lake at Lady Gregory’s Coole Park residence to count the swans on the water, is given its solemn serenity by the beautiful nature imagery of the early stanzas, the plaintive tone of the poet, and the carefully constructed poetic stanza—the two trimeter lines, which give the poet an opportunity to utter short, heartfelt statements before a long silence ensured by the short line Their hearts have not grown old... The speaker, caught up in the gentle pain of personal memory, contrasts sharply with the swans, which are treated as symbols of the essential: their hearts have not grown old; they are still attended by passion and conquest.

This poem is closely related to Yeats’ own life, especially his love for Maude Gonne.

Yeats fell hopelessly in love with the 23-year-old English heiress and ardent Irish Nationalist in 1889 and she had a significant and lasting effect on his poetry and his life thereafter. The poet’s love however was unrequited.

In consequence, the swan is a symbol for the woman and the poem is a lamentation for his unrequited love. This is reinforced by the fact that swans are associated with feminine characteristics such as beauty and elegance. Moreover, the ‘nine-and-fifty swans’ give a sense of absence as it is an odd number and thus one swan will be alone, with no companion of its own. It could be argued that this proverbial swan is the narrator himself who was turned down by Maud and is now desolate. The rhyme scheme of ABCBDD, means that, in a similar way, neither the first nor the third line have a correspondent and thus they contrast with the rhyming couplet that stands as the perfect example of a harmonious pair.

The temperature of the water is made bearable by having companionship and thus the lake is describes as ‘companionable streams’. The ‘streams’ might represent the river of life and as such the coldness is a symbol for the difficulties in life that can be more easily overcome if they can be shared with somebody else. Unfortunately, the swans ‘scattered wheeling’ thus abandoning the narrator, just like the love of his life did. For him, remaining alone is not a question of ‘if’ but a question of ‘when’. The importance of love to the poem is emphasized through the romantic mood. This is created by the setting of an ‘October twilight’ and the ‘water that mirrors a still sky’ which gives a sense of peace and permanence. Unfortunately, this calm mood of the first stanza gives way to the energetic flight of the birds in the second stanza All suddenly mount And scatter wheeling in great broken rings Upon their clamorous wings.

The return to the stillness in the last stanza, marked by the line ‘but now they drift on the still water’, may suggest that the swans remind the narrator of his old age. The ‘autumn beauty’ and the ‘October twilight’ might be metaphors for the decline and decay that the narrator experiences. The warmth of summer is giving way for the winter of the life and causes the author to reflect on his life. The ‚bell-beat‘ may represent the clock bell and thus be a constant reminder to the narrator as well as to the readers that time is passing. His old age is taking its toll as once he ‘trod with a lighter tread‘ but regardless of his age, Yeats always portrays Ireland in an idealized fashion. The serene, beautiful swans are just one example of the harmony with nature present in his home county of Siglo.

So it’s the theme of frailty of human life the poet explores. The author becomes aware of his own ageing as he watches the same swans that he has watched year after year. While the swans seem to change not at all, the speaker admits he has changed in every way. He has grown old, and everything in his life has changed, and he fears that one day the swans will leave him, too.

Overall we could say that Yeats explores the themes of love and nature as well as an idyllic countryside through rich imagery and a peaceful tone.

However, his hope seems to flutter as the swans, the symbol of his love and youth, ‘scatter wheeling’.

Whatever the circumstances, humanity cannot conquer time. Yeats knows this and is saddened by it. Years pass by quickly. Just as the passing of time is inevitable, so is change, and not necessarily for the better. Yeats describes the swans as unchanging to contrast change within himself.

There is a sense that one type of change that Yeats has seen is in his relationships with others. Again, the swans contrast this as they remain with their chosen partners for life, Unwearied still, lover by lover.