Storm in the Drake Passage

Bernd Riebe Posted on Februar 23, 2018 Veröffentlicht in Reisen No Comments 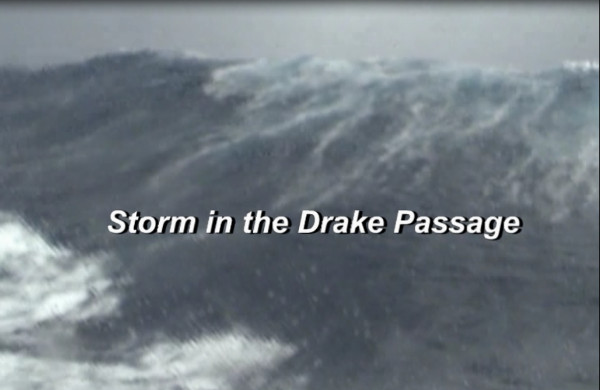 On a nice warm January day – it was summer in the southern hemisphere – I landed in Ushuaia, the southernmost city in the world. The actual destination of my trip was about 1000km further south on the Antarctic Peninsula. I was allowed to sail on a supply ship that headed for various research stations. The ship was the „Professor Multanovskiy“, a Russian ice-proof vehicle of only 1700BRT with max. 7kn speed. The crew consisted exclusively of Russians, of whom only the captain spoke a few words of English. In a small apartment near the port of Ushuaia Roger, a BAS biologist and I waited impatiently for about a week for the arrival of the „professor“. So there was plenty of time to discuss the forthcoming cruise. Roger had already made this trip several times and was able to tune me in. In addition to the fantastic scenery of Antarctica with spectacular icebergs, massive mountain formations, the ice shelf and huge penguin colonies, whales, seals and much more, he pointed out the great hurdle that had to be overcome before one could enjoy all these things worth seeing. The obstacle to overcome is the Drake Passage, the 1000km wide sea passage between Cape Horn and the Antarctic Peninsula. This is the stormiest sea region on earth. Here follows one depression after another in short intervals, the fierce west winds can circumnavigate the entire globe unhindered, piling up huge waves. Seafarers have always feared these latitudes, The Roaring Forties – The Roaring Fifties – are they still called today and now we should even cross the 60th degree of latitude.

Concerns seemed a little exaggerated to me at first, as I had some sailing experience and had already weathered many storms. But when I finally was able to board the „Multanovskiy“, I was not too confident that it would really be battle-tried. Neither the crew nor the condition of the ship could have guessed anything good. I must also mention that I have always been interested in natural forces, especially stormy seas have a special fascination for me. I had been secretly hoping for a stormy crossing and was ready for some good video recordings, if possible from the bridge. But as is often the case with my travels, everything turned out differently than expected.

Accompanied by a fresh breeze, we sailed down the Beagle Channel, Cape Horn passed through the feared Drake Passage at midnight. The next morning on deck I saw a surprising picture. Apart from a slight swell, I looked at a smooth sea! The slightly backward wind „blew“ with maybe 2 Bft in sunshine and I immediately thought I was transferred to the Aegean or the summery Adriatic. Somewhat disappointed I expressed myself to Roger with a „so what?“ and could not share his relief. Well, I thought there were still almost two days left, and storms develop very quickly in these latitudes. But nothing of the sort, we crossed the 60th degree of latitude, saw the first icebergs, penguins accompanied our „professor“ – and around a calm, peaceful lake. Roger comforted me and muttered something about „return trip – wait and see“ or something like that.

The many unique experiences at Terra Incognita soon made me forget the return journey until I was able to take a look at the current weather map on the last day at anchor near Half Moon Island on the bridge. It was easy to see there that a storm front from the west had to cross our course with a high degree of certainty. When the captain muttered something like „no good, no good!“ I knew that my expectations would now be fulfilled. I have to say in conclusion that they were far surpassed, although I was aware that I was pretty much alone with this attitude and when the first breakers went over the bow I wasn’t so sure if I really wanted to experience this storm. After about two hours on a northern course, the devices showed a northwestern wind on the bridge with 13 m/s wind force 6. already considerable waves built up, which reached us from the port side. The evening meal was then also the last food for most passengers, which they could eat for the next two days. The decks were closed to passengers shortly afterwards, but I enjoyed the privilege of being allowed to stay on the bridge. I spent most of my time here to shoot films and this seemed to me to be a suitable place to see the stormy events all around. Around midnight the anemometer already showed more than 20m/s, i. e. almost 9 wind speeds from NNW with wave heights of more than 7m. 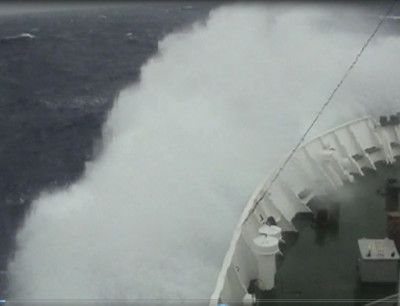 The rolling and pitching of our ship was now very clear and more and more passengers  disappeared in their cabins. The few people who moved on the ship could only do so with great difficulty, always striving to keep the balance. The first signs of seasickness, which I also felt, disappeared again soon, probably because I was constantly busy making films. I just forgot everything around me and concentrated on perspective, lighting, camera position and the like. After midnight the captain told me that I had better leave the bridge, the storm demanded the full concentration of the crew and that it was too dangerous to handle the camera on such a swaying ship up here. My last look was on the wind gauge: 23m/s or Bft 9! It was very cumbersome  balancing and always searching for support getting to my cabin. The curved shape on the lower bunk – obviously my roger – could not be addressed and due to the porthole no useful pictures could be expected. Still standing in the cabin the ship careened enormously, I estimated about 40° and I saw how the cabin curtains were lifted at a similar angle and besides all utensils were „pulled“ from the folding table. I was able to capture this with the camera. Afterwards I went through to the galley, where I had made friends with an Austrian chef and who no longer had any occupation, as no one thought of food. 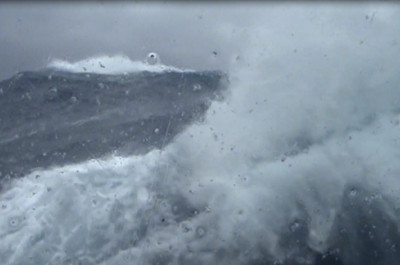 The view through the porthole of his galley was perfect for capturing the roaring water with the camera. Acoustically, too, this was a pleasure, as rows and rows of whole stacks of plates and cups tumbled around in any cupboards. Here I spent the rest of the night and the next morning with the forcibly inactive boss. I have to mention that even during the night hours in these latitudes it doesn’t get really dark in summer and so it is always possible to take „outdoor shots“. The storm only eased up in the evening, but still huge crushers were still rolling up, which didn’t let our „professor“ calm down. Only shortly before Cape Horn one saw erect people on board again, who could slowly eat solid food again.

Even for our experienced captain, this storm was a challenge as he told us afterwards over a glass of vodka. He would only have hoped that the rudder and the engine would not fail. He estimated the highest waves at 14m.

The Drake Passage had finally brought me the almost expected experience, the stormy crossing of this passage. Something that even Sir Francis Drake, an English sailor, hadn’t experienced. He never crossed the passage, his ship had only been drifted a few miles southwards after passing the Magellan Strait. This made him a discoverer of this region, at least in the English-speaking world.

Storm in the Drake Passage „is then also the title of my video, which shows some scenes from my journey. This is a new version, the original video, released years ago on YouTube had published over 2.5 million views and was also otherwise a lucky hit. I received many requests from television and film production companies from all over the world. They were interested in this special footage, i. e. film sequences to use in their productions. 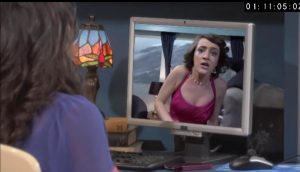 Usually it was only 10s sequences, which they bought from me for one-time use. So it happened that „my waves“ appeared in US action films, in English soaps, in a Dutch television production about storms on the North Sea coast (!) and in several commercials. An American circumnavigator „borrowed“ my scenes for his lectures and much more. I already don’t have an overview of where these scenes were shown and used everywhere and still are going to be

So the „Storm in the Drake Passage“ leaves countless, though mostly curious, documents besides the still vivid memories.