Bernd Riebe Posted on Mai 23, 2020 Veröffentlicht in Umwelt No Comments 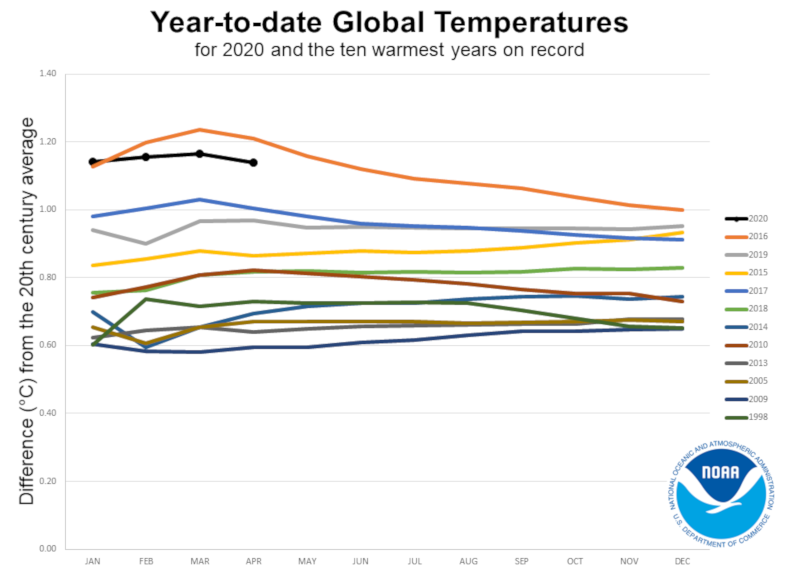 The anomalies themselves represent departures from the 20th century average temperature. The graph zooms into the warmest part of the entire history. 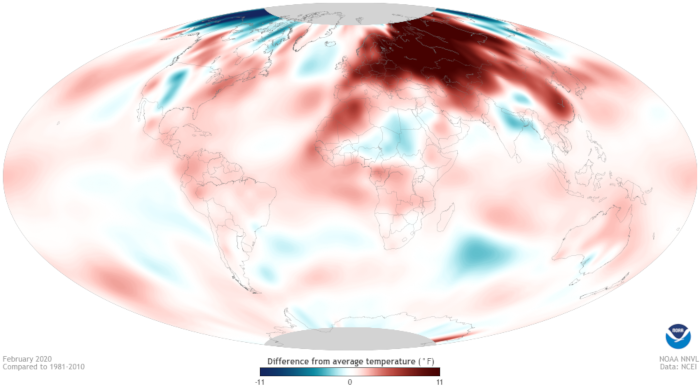 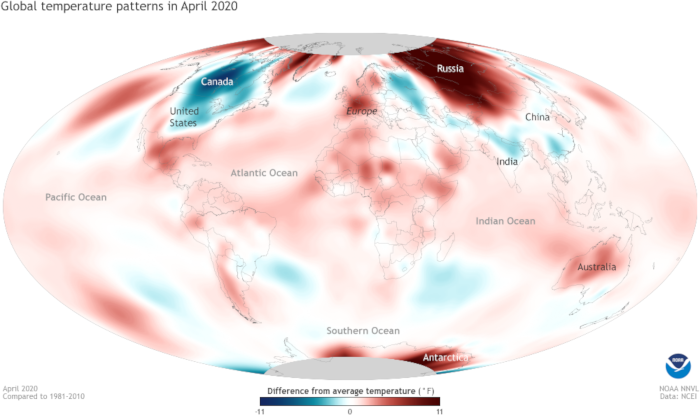 April 2020: another month that’s the second warmest on record

April 2020 continued the last two month’s pattern of being the second warmest on record, which means 2020 is almost certain to be among the four warmest years on record, with a good chance at being the warmest or second warmest on record.  While each month has seen different patterns of warmth—details which I will describe below—the overall picture is clear. Our oceans and land are much hotter than they used to be. To read through all of the details of what happened during April 2020, check out the April 2020 global climate summary by the National Centers for Environmental Information.