German Energy Turnaround – The Future without Coal and Oil

By the year 2050, renewable energies could cover 100% of the electricity and heat demand. 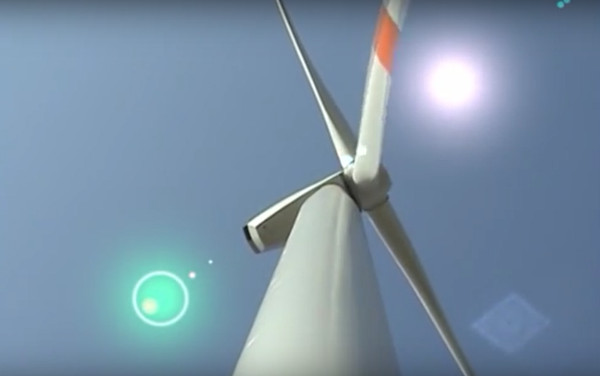 The arguments repeatedly put forward against the expansion of renewable energies are essentially aimed at security of supply, which is not guaranteed due to the natural fluctuations of wind and solar energy and therefore conventional power plants are needed. On the other hand, studies show that a secure 100% supply of renewable energies is possible in both the electricity and heat sectors. The target date is generally assumed to be 2050.

In principle, a future system of renewable energies, which will achieve greenhouse gas neutrality in 2050, will be characterised by considerable residual loads. This means that, depending on daily and seasonal fluctuations in the wind and solar supply, considerable amounts of energy must be provided to cover the demand. Here, heat consumption in winter is the first priority, requiring energy to be stored from the summer months, which are the strongest in terms of generation, and released in winter. Renewable gas storage facilities are suitable for this purpose. Excess renewable electricity, which is generated primarily in the summer months with lower electricity demand, is synthesized by power to gas (PtG) plants and integrated into the gas system.

On the one hand, there is the use of CO2, which is generated during the production of biogas or sewage gas, and on the other hand CO2, which is extracted from the air.
If the electricity for the synthetic production of hydrogen and methane comes from renewable energy sources, synthetic gases can be described as renewable gases. This also applies to synthetically produced methane, because greenhouse gas neutrality is ensured through the material cycle. Combustion only releases the amount of CO2 that was previously bound during the production of methane.

PtG technology uses electrolysis to produce hydrogen from water and electricity.
While this hydrogen in combination with CO2 is used in PtG for the production of methane, the same components (hydrogen and CO2) are used in Power-to-Liquid technology for the production of liquid fuels (kerosene, diesel, petrol). Similar to PtG, PtL produces renewable liquid fuels (RE kerosene, etc.) through the use of renewable energies to provide the necessary quantities of electricity. However, the so-called Fischer-Tropsch process, which is mainly used, does not allow only one of the three types of fuel to be produced separately. A mixture is always produced which consists of a maximum of 50% kerosene and approx. 25% diesel and petrol. In principle, PtG is always preferable to PtL because PtL has very high investment costs and significantly lower efficiencies. The investment costs of PtL plants are more than twice as high compared to PtG.
Gas storage facilities have the ability to absorb and store large amounts of energy and to provide high performance over long periods of time.

Battery Storage
Battery storage systems can provide high performance compared to their energy content, but only for very short periods of time before their energy content is exhausted and needs to be recharged.
Battery storage as a commercially applicable power-to-power technology (PtP) is particularly suitable for providing electrical energy in the shortest possible time,
Battery storage power plants are primarily used to provide system services. One application on a smaller scale is grid stabilisation in electricity grids with insufficient balancing power. Another important field of application is the balancing of generation and consumption, in particular the balancing of output from renewable energy sources that are not demand-oriented, such as wind and solar power plants. Storage power plants permit the use of higher proportions of renewable energy sources in this area of application.[

Together with the energy supplier WEMAG, the Berlin-based company Younicos is building Europe’s largest technically independent battery park in Schwerin to compensate for short-term grid fluctuations. The 5 MW/5 MWh plant based on lithium-ion technology is the first commercially operated battery of its kind and is refinanced through participation in the primary control power market. The Environmental Innovation Programme of the Federal Environment Ministry supports this project.

Sector Coupling
In this context, it is important to consider the energy system as a whole, and not just the electricity sector. The purpose of so-called sector coupling, for example, is to create a very flexible electricity consumption across the various sectors of the energy system that has the necessary flexibility to absorb the generation fluctuations of variable renewable energies. While, for example, approaches that only look at the electricity sector alone often require comparatively high and expensive electricity storage capacities, sector-coupled energy systems make it possible to use comparatively expensive electricity storage facilities to a lesser extent, since the fluctuating generation of wind and solar power no longer only has to be compensated for in the electricity sector, but can also provide the necessary flexibility to compensate for fluctuations in the heating sector or the transport sector. Large district heating storage facilities, for example, are currently the most cost-effective form of energy storage.

Heat Accumulators
These are mostly pressureless vessels filled with water with up to several tens of thousands of cubic metres of filling volume.
The heat sector will become even more important than the electricity sector in the context of the energy revolution. No wonder, since with an energy requirement of around 1,300 TWh it is more than twice as large as the electricity sector with around 600 TWh. That’s why the implementation of the energy turnaround can only succeed if a heat turnaround is carried out in addition to the turnaround in the electricity market. However, in order for the electricity and heat sectors to be coupled more closely as fluctuating power generators continue to expand, two technologies are crucial: large heat storage units and power-to-heat systems. Large heat storage units are already playing a major role, especially in making CHP more flexible. This development will continue with the further expansion of renewable energies. If the heat turnaround is also to succeed, power-to-heat technologies will have to be increasingly used to recycle renewable electricity.
Storage on the thermal side can make plant operation more flexible, which supports the system integration of renewable energies. In combination with the CHP plant, the district heating storage unit acts like an electrical energy storage unit: if there is a high supply, energy is taken from the grid, if there is a low supply, energy is fed into the grid.

The two Fraunhofer ISE charts clearly show how the two energy systems wind and solar largely complement each other over the year.

Another important factor contributing to the success of the energy system transformation is the decentralization of the energy market, with cities and municipalities in particular being able to provide a high proportion of their own energy supply.
Fraunhofer ISE supports cities and municipalities in optimizing their energy systems:
„Sustainable municipal energy systems are characterized by fluctuating solar and wind energy, increased coupling of the electricity, heat and mobility sectors and integration of storage facilities. With renewable energies, energy efficiency, smart grids, smart homes, the intelligent loading and unloading of electric vehicles, electricity and heat storage systems, buildings that adapt to the energy supply, and intelligent energy management, integrated energy systems are possible that are characterized by a high level of self supply and local added value.“