Six reasons for not eating meat 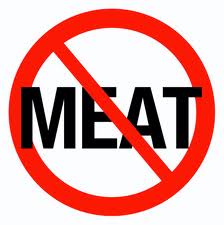 Less than 5% of Europeans are vegetarians, in countries like Belgium, France, Poland, Finland less than 2%. In Germany it should be at least 10%, thus a top place in the western world.
Every tenth German therefore eats vegetarian, i.e. he probably eats animal products like eggs and cheese, but nothing else „with eyes“. Twenty years ago that was just 2 percent and today’s range of vegetarian products in supermarkets and restaurants was hardly imaginable. A good development, I think, but unfortunately there are still 90 percent meat eaters left, who out of habit, perhaps also misinformation (if you don’t eat meat then you are missing something) or simply because it tastes so good, to hold on to meat consumption. There are good reasons for a balanced vegetarian diet and therefore for not eating meat. I would like to list the six most important ones here.

1.Climate Change
So-called livestock farming and the associated feed production contribute significantly to climate change and species extinction. They pollute the air, soil and water and unnecessarily consume large amounts of energy, land and other resources. The environmental impact of meat consumption alone in Germany is immense.
Agriculture – both worldwide and in Germany – is a major cause of man-made global warming. It is responsible for the majority of the greenhouse gases, nitrous oxide and methane, which are far more harmful to the climate than carbon dioxide (CO2). Agriculture also contributes significantly to the greenhouse effect and thus to global warming through so-called land-use changes (deforestation, ploughing up of grassland, moorland use). The production and consumption of animal foodstuffs, especially meat, cause far more CO2 and other greenhouse gases than plant products. A plant-based diet significantly reduces environmental pollution, the CO2 footprint by about 50 %.

2. Waste of Energy and Resources
The production of meat and other animal foods is a major waste of energy and resources. It consumes far more of our livelihoods than plant foods. Over 70% of the world’s agricultural land is grazing land, some of which could be used to grow plant food for humans. More than 70% of the world’s arable land itself is used for the production of animal feed. The so-called „animal processing industry“, i.e. the conversion of plant into animal food products, wastes huge areas of soil as well as water, plant nutrients and fossil fuels.

3. Destruction of Biological Diversity
The consumption of meat accelerates the extinction of species. Huge forest areas rich in species are cleared in order to gain land for pastures or feed. In the Amazon region, a large part of the often illegal destruction of rainforests serves to create pastureland or the cultivation of monocultures for animal feed. Due to the deforestation of rainforests, many animal and plant species disappear from our planet forever. Furthermore, as „green lungs“ of the earth, the forests have an important function for the global water and oxygen balance. The cultivation of fodder soya in South America also leads to the destruction of valuable savannas. In Germany, too, meat consumption damages the environment: intensive agriculture, especially industrial animal husbandry, promotes forest dieback and threatens flora and fauna.
4. Hunger and Injustice
The competition between „trough and plate“ is carried out at the expense of many people in poorer regions. It is one of the causes of world hunger. The demand for maize, soybeans and wheat as animal feed leads to rising prices for these staple foods on the world market. People in the so-called developing countries will then no longer be able to afford these staple foods. Moreover, smallholders are being driven out of their land, sometimes with considerable human rights violations. This space is being used for the cultivation of animal feed to enable excessive meat consumption in the industrialised countries. The huge monocultures pollute the environment and endanger the health of the population through intensive fertilization, water pollution and the use of pesticides.

5. Cruel Industrial Livestock Farming
According to the Federal Statistical Office, Germany currently has about 12.7 million cattle, 28 million pigs and 67.5 million chickens for fattening. This number has increased significantly since 2011, by 7.5 percent. So there are considerably more livestock than people in Germany. The media repeatedly refer to Germany as the „slaughterhouse of Europe“: with more than 58 million dead animals per year, the country is the number one European top producer in pig slaughter and number two in beef. At Europe’s largest poultry slaughterhouse in Wietze, Lower Saxony, a machine slaughters 450 animals per minute.
Forms of mass animal husbandry (according to „Albert Schweitzer Foundation, 2017)

Most animals are adapted violently to the conditions of livestock farming: Horns, curly tails, beaks and teeth are cut off without anaesthesia.
Essential basic needs of the animals are ignored and their freedom of movement is severely restricted. In order to keep the animals efficient in spite of inappropriate husbandry, an often routine administration of antibiotics has become unavoidable, which also entails risks for human health.

Conclusion: There is little reason for regular meat consumption, except perhaps one: It just tastes good to me! However, how can this be done in view of the arguments put forward here?